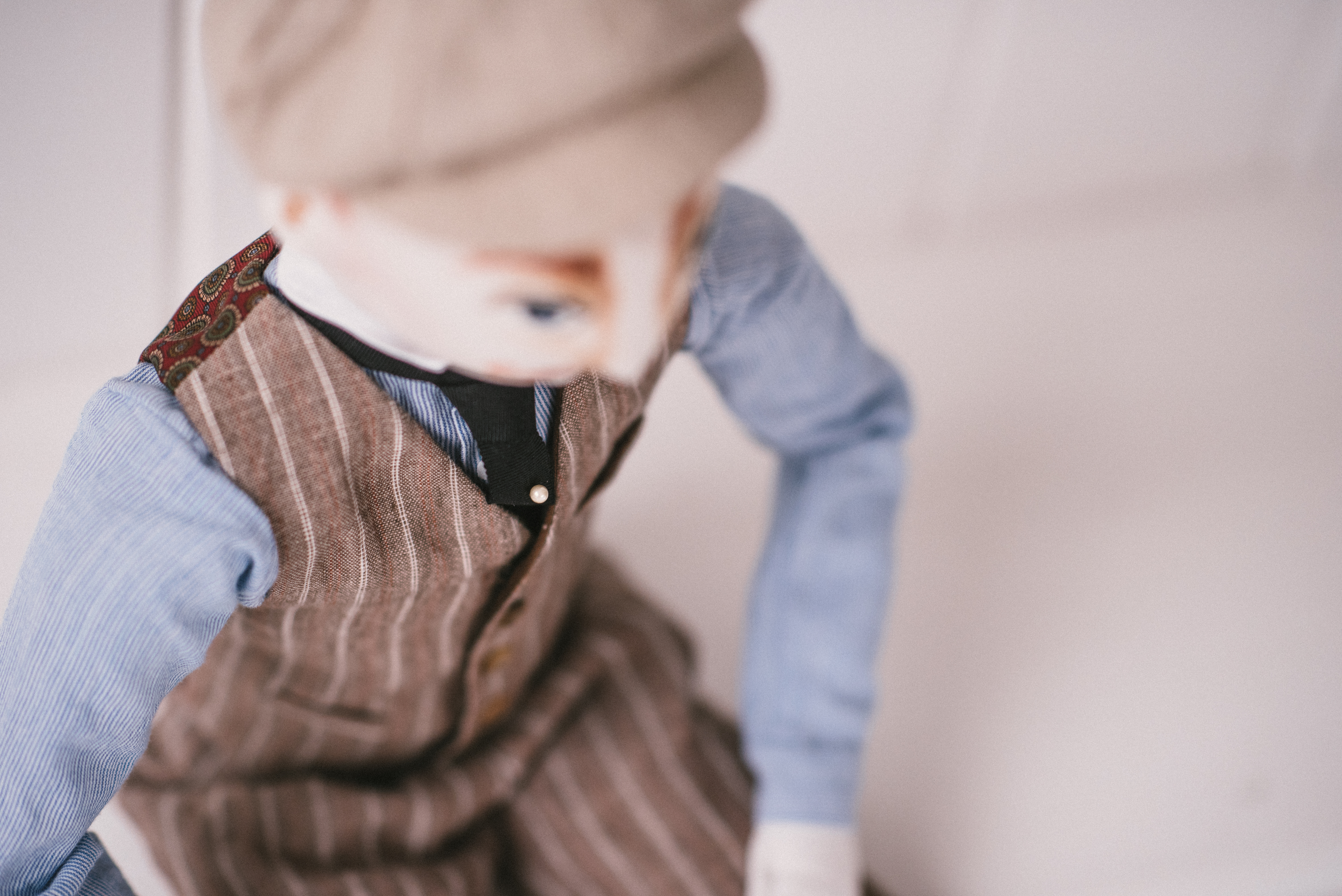 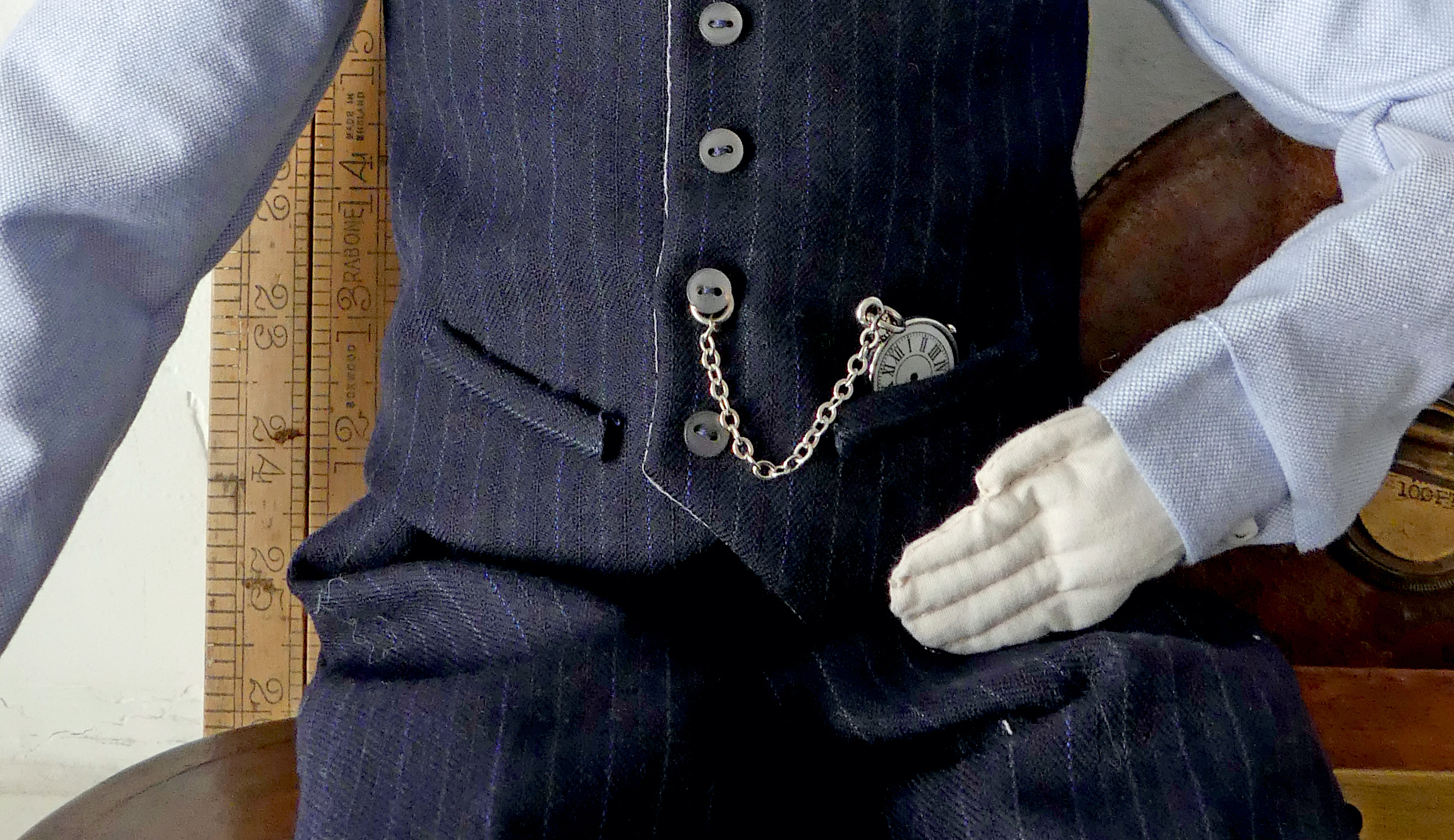 The brave Bertie Fitz-Clarence has a classic 1920s style, with lots of opportunities for customisation.

Bertie is colour printed on cotton with underwear, socks, garters and a natty pair of brogues.

Bertie is many things to many people – a breaker of promises, a cheat at cards, a wastrel drinking the ancestral bank account dry, a lollygagger, a bounder and a cad. With his fiery red hair and smart-set playboy reputation, he’s well-known everywhere from the Kit Kat Club to the spiels of East London. Fast cars, fast girls and fast money have been Bertie’s chief occupations, until one fateful night at The Embassy on Old Bond Street, when he set eyes on Lou Lou…

Bertie’s never been in love before, and it’s a revelation. He wants to be a brand new man, the best version of himself he can be. Help Bertie to reinvent himself and give him a set of threads smart enough to turn even Lou Lou’s head!

Because one can’t expect a prominent man-about-town such as Bertie to wear the same suit as everyone else, the outfit fabrics included in the kits will be released in limited runs and regularly changed. These will also be available for purchase separately, along with add-on patterns and accessories.

Not forgetting his pocket watch (a graduation present – “the only genuinely useful thing I got out of Cambridge”, according to the man himself).